I had just finished my first year in college. I was getting a few assignments to shoot. I had an agenda of making a film every month. This is the movie I came up with. It started as a simple following assignment. And it turned out to be a short and sweet documentary which earned me multiple awards in the years to come. And most importantly it showed me how difficult it is to even think to produce one short film per month. 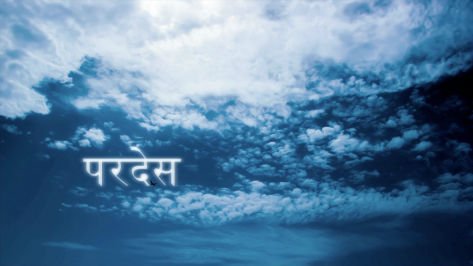 It is the story of a man who came to Mumbai in search of a better and comforting life. The main character is a bhelwala (street chat seller) who is selling bhel in Mumbai for 16 years. The story explores the problems he faced and how his roommates helped him find solutions from time to time. Furthermore, the story explains his thoughts about his wife and his four kids which stay in village. Why doesn’t he bring them in Mumbai? Doesn’t he miss them? The story explains.

I am listing down a number of things I learnt while making the film:

1. Get your character right: Find an interesting enough character and your job is half done. Well, not literally. But a character with multiple personal challenges commands attention.

2. Multiple locations: I had a number of options open. The fact that attracted me with this particular subject was that he roams from place to place. I had the liberty of changing the location as I shoot him. I had the liberty of making him stand anywhere I like and take a timelapse. In the end my choice of locations made it look even more cinematic.

3. Small crew, small camera: I like to work alone. But a small crew of dedicated members is always welcome. Smaller the camera, lesser the attention. When using a DSLR, it is really easy to go around taking shots that you like. If you can manage to do so with a camera even smaller, nothing like it. At times, the complexity of the shot, the locations demand the use of smaller cameras with inferior power. But if the end result is going to be interesting enough, it doesn’t really matter.

4. The story is made on the edit table: After the interviews I was trying so hard to make him look like the hero of my film. It didn’t work out. I had to change the story by a great extent after taking his interview. And that actually worked in my favour.

5. Hide that lapel mic: Pretty simple actually. Take 5 seconds out of your precious time and pay attention to these smaller mistakes you can easily avoid.

6. Inserts and cut aways: I finished off the interview in a day. However it took me two and a half months to finish the documentary. I was roaming all over Mumbai collecting small clips for my film, making timelapses and staging some shots as well.

7. Hardwork, hardwork and hardwork: It’s a simple formula actually. To make something, anything, you have to devote your time. You cannot produce anything worthwhile without putting in your heart and soul. It is just not possible. That’s why I feel making a film in 1 month is kind of unrealistic and cruel. It kills the art.

8. You can’t make the films you don’t like: And the opposite of this is also true. My father disliked the film as I showed him the first cut. This was the first film, he told me that he did not like. It was a major blow. Yet towards the end I was eager on finishing it. I just wanted to know what have I invested in…

9. Take care of that hard drive: Luckily I had the export of the film on my laptop. My portable hard drive crashed and it had my FCP files. I could never retrieve the edit. I wanted to make a smaller version, I couldn’t.

10. The best compliment: As I stated above, this started as an assignment at FX School. We were told to follow any interesting character and ask him questions about his life. Making a documentary out of it came much later in our syllabus. When I showed it to my professor, she asked me for the FCP edit file. I told her that it wasn’t possible for me to retrieve it. She refused to accept my submission saying she does not believe that I made it. This, by far, is the best compliment I have ever received for my film. (Although it wasn’t intended to be one!)